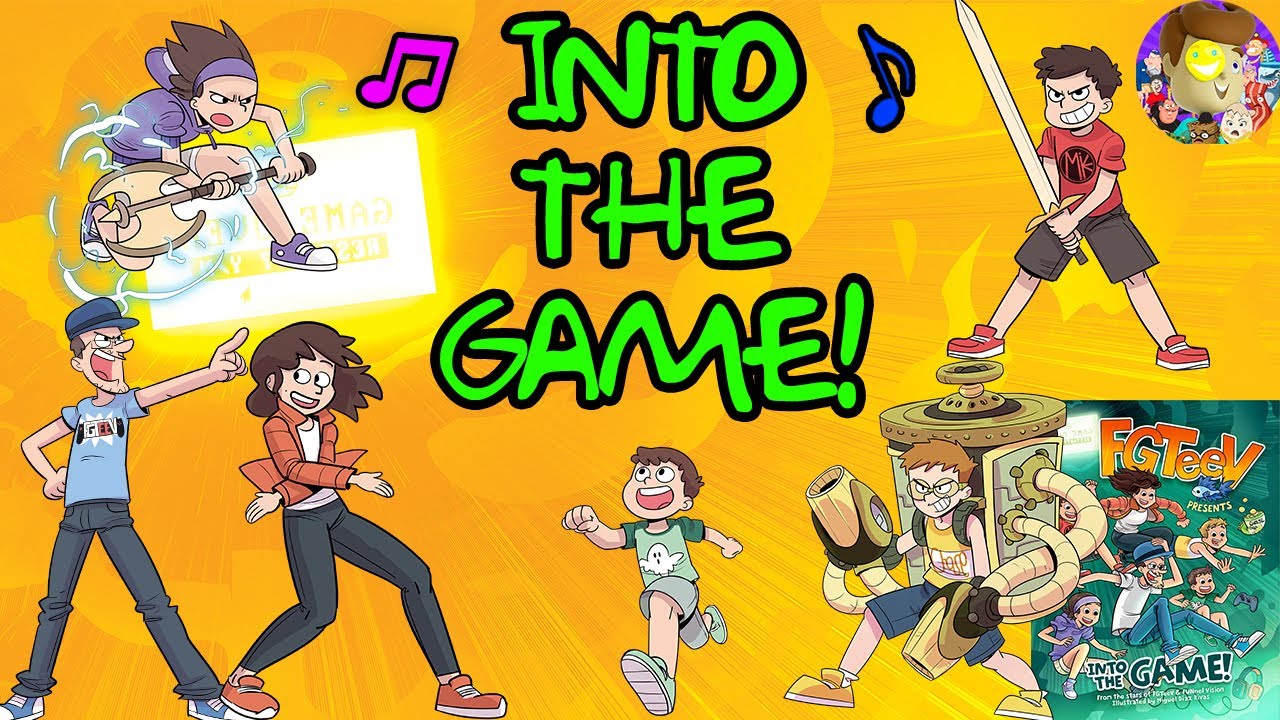 SUBSCRIBE ➡️
BUY THE BOOK, FGTEEV PRESENTS: INTO THE GAME! ➡️
LISTEN TO THIS EXCLUSIVE TRACK FOR FREE ON OUR WEBSITE ➡️
🎵 Lex and Duddy chillin’ playing something scary
Duddy taking over got her stuck in the library
Told him she don’t wanna go game with him anymore
Now the Gamer Brat is out here knockin’ on the door

Well it, took him a minute he got him to go away
Now he’s on a mission to find somebody to play
Said Mike and Chase, hey Shawn whattaya say?
No? It’s all good cuz Moomy gon’ save the day

Cuz she made her a little game and she’s here willing to play
It booted up revealing just some fish
But Duddy’s being a pain, he’s telling her that it’s lame
They fought for the controller got sucked in

The kids are making a mess, and Lexi isn’t impressed
She’s trying to find a hint, where Moomy and Duddy went
They’re lookin’ trying to see, and heard em in the TV
If I had to make a bet, I’d bet that they gotta get

Can you believe it? Duddz and the Fam made their own book! And it made the New York Times best seller list! To celebrate, we made this awesome song/trailer all about it. But if you have been living under a rock, let me break the book down for you further.

The FGTeeV family gamers have played hundreds of games together. Which is why Moomy decides to make a new game called My Pet Fish. Just one problem: the game is SUPER boring. And one other problem: Moomy and Duddy accidentally got sucked into it—and now they’re trapped! It’s up to the kids, Lexi, Mike, Chase, and Shawn, to jump into the gaming console and rescue their parents. But first, they have to battle their way through their favorite games until they find the one their parents are stuck in. Can the kids take on a vicious pack of vampire prairie dogs, flying doody diapers, some spooky ghouls, and one incredibly dull fish before Moomy and Duddy are bored to death? Hope you like, thumbs up if you do!

FUNnel Boy and Friends collectibles available at Target, Walmart and Amazon. And all our merch can be found at

Check out all of Raptain Hook’s awesome music videos ➡️

Play as RAPTAIN HOOK, FUNNEL BOY, and more of your favorite FBAF characters in the mobile game APE CHASE ➡️